You.i TV needs your help to transform the future of entertainment 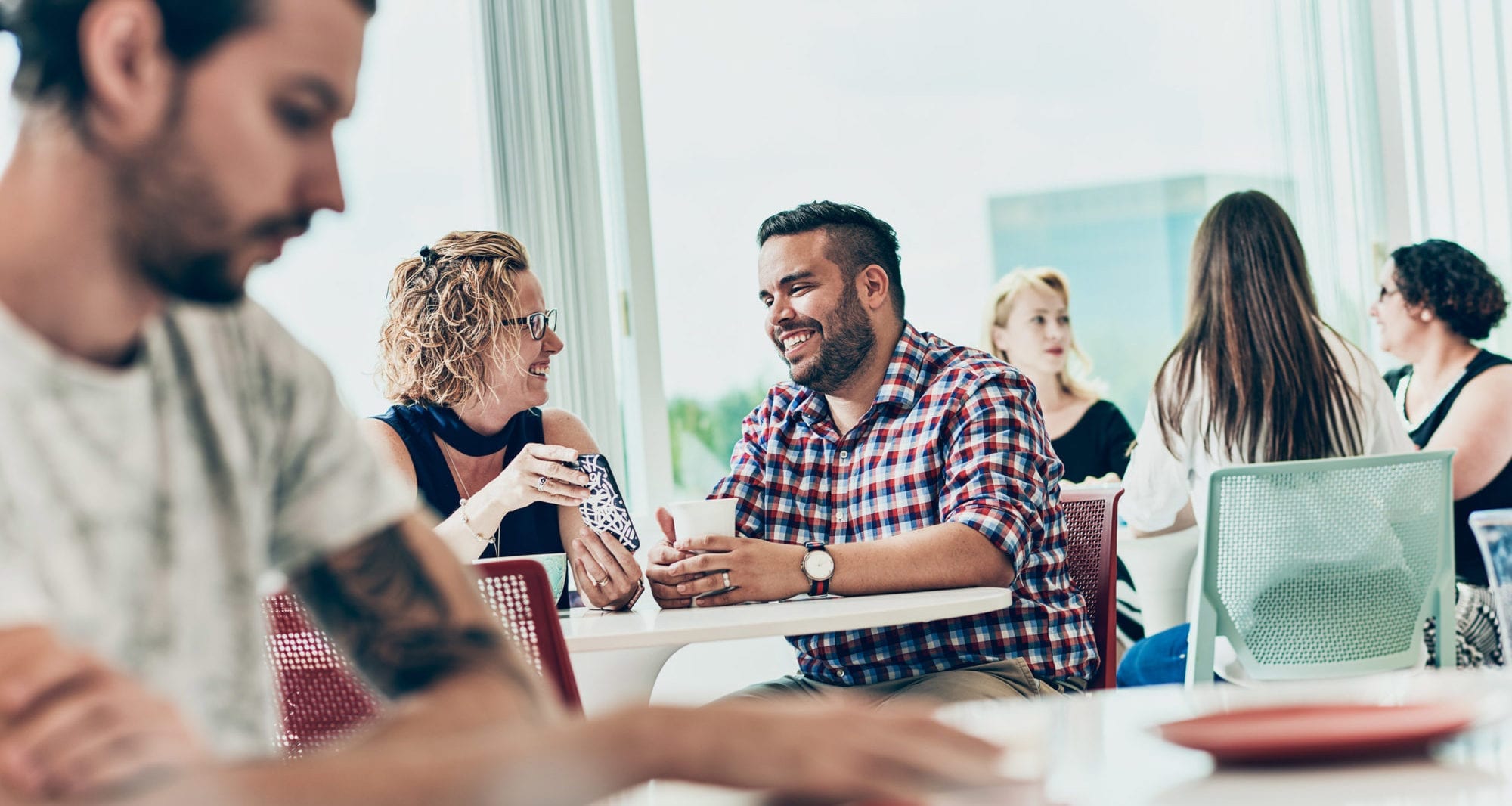 Our Top Startup Jobs series profiles MaRS ventures that are on the hunt for talent. This week we look at You.i TV, an Ottawa-based company that is building the future of television.

If you’ve ever watched an NBA game on your tablet, played a Twitch stream on your Playstation, or watched a Turner Classic movie on your phone, odds are you’ve used You.i TV’s technology.

The Ottawa-based startup is quickly becoming the go-to solution for traditional broadcasters trying to move into the digital age. You.i TV’s software helps television companies like Fox, Time Warner and Corus build apps that stream television to all of your devices—including smartphones, tablets, gaming systems, personal computers and more.

“We want to work with the companies that want to change the future of TV,” says You.i founder and CEO Jason Flick, who has seen his company grow from 70 to over 200 employees over the last four years.

You.i TV—or “You I,” as the company is referred to affectionately by its employees—recently moved into a spacious new office in Kanata, and is gearing up to fill dozens of developer and engineering roles over the next few months.

We spoke to several You.i employees to find out what you should know before you apply.

Work you can write home about

You.i employees get to work with some of the biggest entertainment brands in the world on a regular basis. To developer and technical account manager Hao Chen, part of the satisfaction of working at You.i comes from knowing that millions of people will see and recognize his work.

“Working at my previous job—when I explained to people what I did, they didn’t necessarily understand the implications. But if you say you work on apps like Netflix, people immediately have this ‘aha’ moment.”

“These are all brands that I grew up with,” says account manager Steven Wypych, whose clients at You.i have included the NFL, Bleacher Report and the Weather Channel.

“It’s kind of surreal that I’m now part of that, and that I get to contribute as they figure out this new space.”

Get ready to tackle big problems

While working with big brands is an exciting perk, employees at You.i TV say the best part of their job is getting the chance to tackle genuinely difficult technical problems.

“I think people often don’t understand the word ‘cross-platform’ in the way we use it,” says Chen.

“Being able to write one code base and apply it to multiple platforms is something truly amazing that is really hard to accomplish.”

“Trying to build an SDK from the ground up, which is what You.i has done, is incredibly impressive,” agrees Wypych. He says developers would be hard pressed to find another Canadian media technology company working on problems as big and ambitious as the ones You.i is tackling.

“When you think of how many companies are truly building an SDK for applications, you could probably name them on the one hand—especially in Canada.”

A culture of transparency

What’s the secret to You.i’s success? Employees attribute it to the company’s willingness to listen to its employees.

“We went through this transition from being a service company to being a product company, and in order to do that, we had to make a lot of technical decisions along the way,” recalls Chen, who has worked at the company since 2016.

“Developers were always involved in those key decisions.”

Software test lead Dawn Ritchie, who worked at Corel for two decades before joining the company, says that she was impressed by how forthcoming the company is about every aspect of its business.

“When I came to You.i, the thing that I noticed was the thoughtfulness that was put into the financial aspect of the company,” she says.

“We talk, we have quarterly corporate updates, people talk about budgets with us regularly. Those aren’t things that initially happened at Corel. That was something that made me feel really good about being here.”

Transform an industry, and yourself

When you’re disrupting an industry as old as television, you have to be someone who asks questions. That’s something You.i employees say the company encourages in its hires.

“You have to be someone who is not afraid of raising their voice and asking questions,” says Chen.

“I myself had problems doing this before, but at You.i that was encouraged.”

Ritchie says that You.i gave her opportunities to challenge herself in ways she never would have at her previous job.

“I knew how to do my previous job blindfolded. It didn’t take a lot of imagination to get me through the day. I’ve been at You.i for almost four years now, and what I’ve learned has exceeded anything that I would have learned in my other job,” she says.

“Don’t be afraid to take that first step. The opportunities are endless here.”

Get the latest startup jobs delivered to your inbox with the MaRS Startup Careers newsletter.

Work at a startup

It’s never too early to think about HR