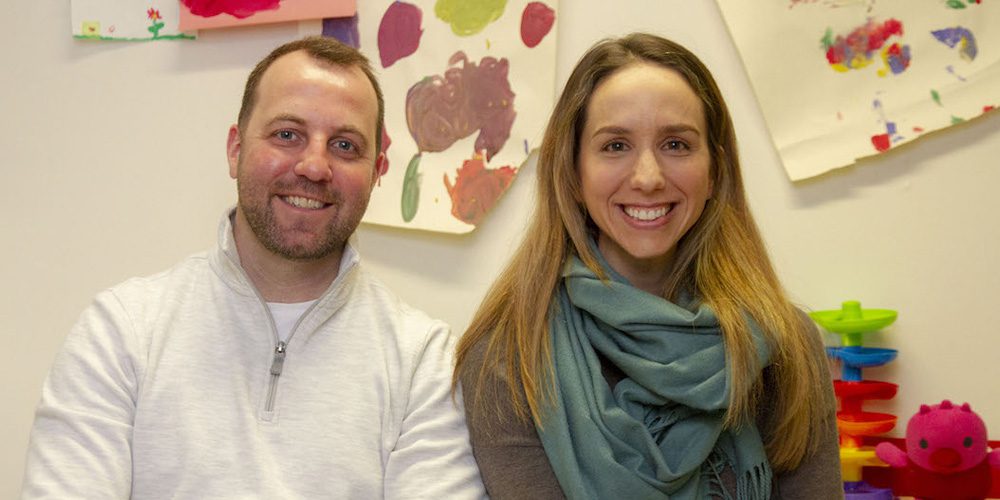 Ontario’s parents breathed a collective sigh of relief when news broke that $10-a-day childcare was coming to the province, together with 86,000 new spaces. Though many parents have become experts at the daycare Hunger Games and have well-developed tactics to secure a coveted spot, things can get a bit hazier once their child is through the door. What exactly do they do all day?

“When you drop off the most precious thing in your life — your young child — at daycare, it’s like a black hole for eight hours until you pick them up,” says tech entrepreneur Ron Spreeuwenberg.

Together with his business partner, Alana Frome, Spreeuwenberg runs HiMama, a Toronto-based tech company. Its software enables daycares to share photos and update parents on what their kids are doing during the day, as well as run their administration efficiently. It has more than a million users and is one of Canada’s fastest-growing companies. Last year, it raised $70 million and snapped up FunShine Express, an American maker of learning materials.

Here, Spreeuwenberg explains how new technologies are helping as daycares transform from child-minding services to the first step in education.

As a dad of two, you must have participated in the chase for a childcare spot. What do you make of the government’s plans?

We lucked out and found a smaller daycare in our community. But finding childcare in Toronto is a nightmare, even for me as the CEO of HiMama. Every program has really long wait lists, so it’s a process that you have to start early.

The government stepping in to help fund childcare is much needed. Early childhood education is a highly underrecognized profession and has been underinvested in for far too long. I’m looking forward to seeing early childhood educators receive higher compensation and families get access to more affordable childcare options. I think the implementation will be a slow transition and there will be some bumps in the road, so I don’t anticipate a flurry of new daycares opening in the near future.

When you think of daycares, building blocks and story time spring to mind. Where does your technology come into it?

A childcare centre can use our software for all kinds of tasks, including attendance, program planning, daily activity sheets, billing and payment. Every child in the daycare program is entered into the software and parents receive invitations to HiMama, which they can access through our app or website, where they receive updates about their child and can message the child’s caregiver. The app is designed to make communication more efficient for the childcare program and help them to document and share information that they would be recording anyway.

So, are childcare centres rushing to deploy new technologies?

Using software to run childcare programs is a new concept that lots of folks are still getting used to. We hear from a lot of customers who are nervous about using HiMama, because they worry it might be a distraction or that they won’t know how to use it. But once they start using it in their centres and start seeing the benefits for themselves and for the families, they’re hooked. It’s just about getting over that initial fear of using technology in the classroom. Privacy and security is one of the advantages of HiMama — we always make sure we keep a high bar and we follow all of the latest and most modern requirements.

There’s a lot of talk about how the pandemic set back schoolkids’ learning. What effect did it have on younger children?

The early-years community is divided on the concept of a “learning loss” that has purportedly happened during the pandemic. The general sentiment from the experts seems to be that preschool children will be affected the least when it comes to development. Learning before kindergarten happens mostly through play and other non-academic activities, which can happen at home.

Childcare has traditionally been viewed as basically a babysitting service, where you drop off your child for the day. But it’s now transitioning more to be about education as we learn about how development works. Involving parents by educating them about how important that learning is and how it happens in the early years is something that we’ll look to do more of going forward.

We also want to support children’s learning and development more directly through our U.S. subsidiary, FunShine Express. Development between the ages of zero and five is so critical, and we want to make a difference in early-childhood education.

You became a father several years after you founded your company. Did parenthood change how you looked at your business?

Becoming a parent has given me that much more of an appreciation for what early-childhood educators do and the impact early-years education can have on children. They’re able to use their experience to accelerate our kids’ development in ways that would have been hard for us as parents.

Also, if you’re struggling as a parent, it’s really hard. I’ve been there myself, where I have kids at home doing remote learning while my partner and I are trying to do our jobs at the same time. We give our employees flexibility and let them know that it’s O.K. if they’re not able to be fully productive on any given day, because we understand. And we’ll be there to support them through that.

Favourite thing to do with your kids when you’ve got downtime?

My kids are two and four, and they’re really big into The Avengers. So, play fighting with their dad while they pretend to be Hulk and Iron Man is their favourite thing to do. We have fun doing that, usually right before they’re supposed to go to bed (to my partner’s dismay).

Canada is experiencing its greatest innovation boom ever. MaRS sits at the fulcrum of that progress. Read our latest to Impact Report to learn more.