Profound Medical’s success story: ‘We’re living proof that it can be done’ 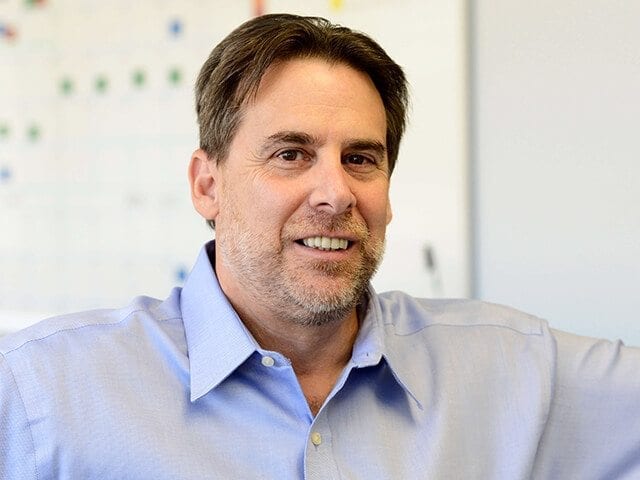 Steve Plymale, the CEO of Profound Medical, is a very busy man. A new role—that of chief salesperson—was recently added to his job description after his company’s flagship device for prostate care obtained the highly-sought-after CE marking certification in April.

The hard work is quickly paying off. Two weeks ago, Steve closed the first sale of the TULSA-PRO, a groundbreaking prostate cancer treatment system, to the pioneering ResoFus Alomar Medical Centre in Barcelona, Spain. One sale may sound like a small step, but after years of research and development, it marks a major milestone for the company.

Traded on the TSX Venture Exchange, Profound went public last summer and has since grown to an approximate market valuation of $50 million. The company, which employs about 50 people, will soon be moving to a 38,000-square-foot facility in Mississauga. With a market the size of Europe to conquer (thanks to the CE marking certification), Profound is also launching a subsidiary in Germany. Naturally, the next regulatory hurdle is to get market approval in Canada and the United States.

“We’re in a remarkable, transformative moment. We have a very focused goal to start with prostate cancer,” says Steve. However, as the company grows it may look into complementary technologies, he says, including its experience with acquisitions and partnerships. In fact, partnerships are a big component of Profound’s story.

The TULSA-PRO’s minimally invasive, localized prostate cancer technology grew out of the early work of two scientists at Sunnybrook Research Institute in Toronto, where, in the early days, York University made its research MRI scanner available at a discount for initial concept validation and testing. Ultimately, the TULSA-PRO provides a real-time, MRI-guided ultrasound procedure to ablate the prostate from the inside out via the urethra. Profound’s innovative ultrasound applicator ablates an entire prostate gland from inside the urethra in just one treatment session, guided by state-of-the-art MRI imaging. The device delivers a highly accurate and precise treatment that destroys cancer while also sparing surrounding tissue and improving patients’ recovery and life quality.

A 2011 deal with Siemens gave Profound additional technical support and later facilitated introductions to German hospitals where some of the company’s Phase 1 trials took place. Other institutions that contributed advice and guidance from their urology and radiology experts along the way include Cleveland Clinic, the Medical University of Vienna, Harvard Medical School and Toronto’s Sunnybrook Health Sciences Centre.

“Our technology is convergent and it can profit from blending with others. It’s all part of our growth strategy,” explains Steve. In fact, Profound currently has partnership deals with global medical device heavyweights Philips Healthcare and Siemens.

Profound’s success didn’t come overnight and things did not always go according to the company’s initial plans. For instance, going public was not necessarily on Profound’s radar, says Steve. He credits MaRS for its supportive learning environment and various funding bodies in the provincial and federal governments for their monetary support.

“They’ve all been great. They were cheerleaders of ours and we won’t forget it. Now we’re at a pivotal phase to becoming a multi-million-dollar company,” says Steve, who wants to make sure that Profound’s own success inspires the next generation of health innovators.

“I’m looking to help all of the people who can get to where we are. We need more of these success stories,” he says. “We have a heartfelt camaraderie with other early-stage companies. We know others who could benefit from that experience.”

Steve’s big piece of advice for startup entrepreneurs is to keep in mind that every bit helps in the early stages. That message holds particularly true for health ventures, whose regulatory barriers to market can easily earn them a ticket to the feared startup valley of death.

“Many companies don’t come out of that valley,” says Steve. “We’re living proof that it can be done.”

Steve encourages entrepreneurs to take part in events such as the MaRS HealthKick Innovation Challenge (which Profound won in 2014) and the RESI on MaRS conference, as they help startups cultivate relationships with investors.

Calling all health startups: Pitch to a group of international investors at this year’s RESI on MaRS conference, featuring the MaRS HealthKick Innovation Challenge. Apply now!