‘I was surrounded by women, people of colour, LGBTQ people, who were building amazing companies’ 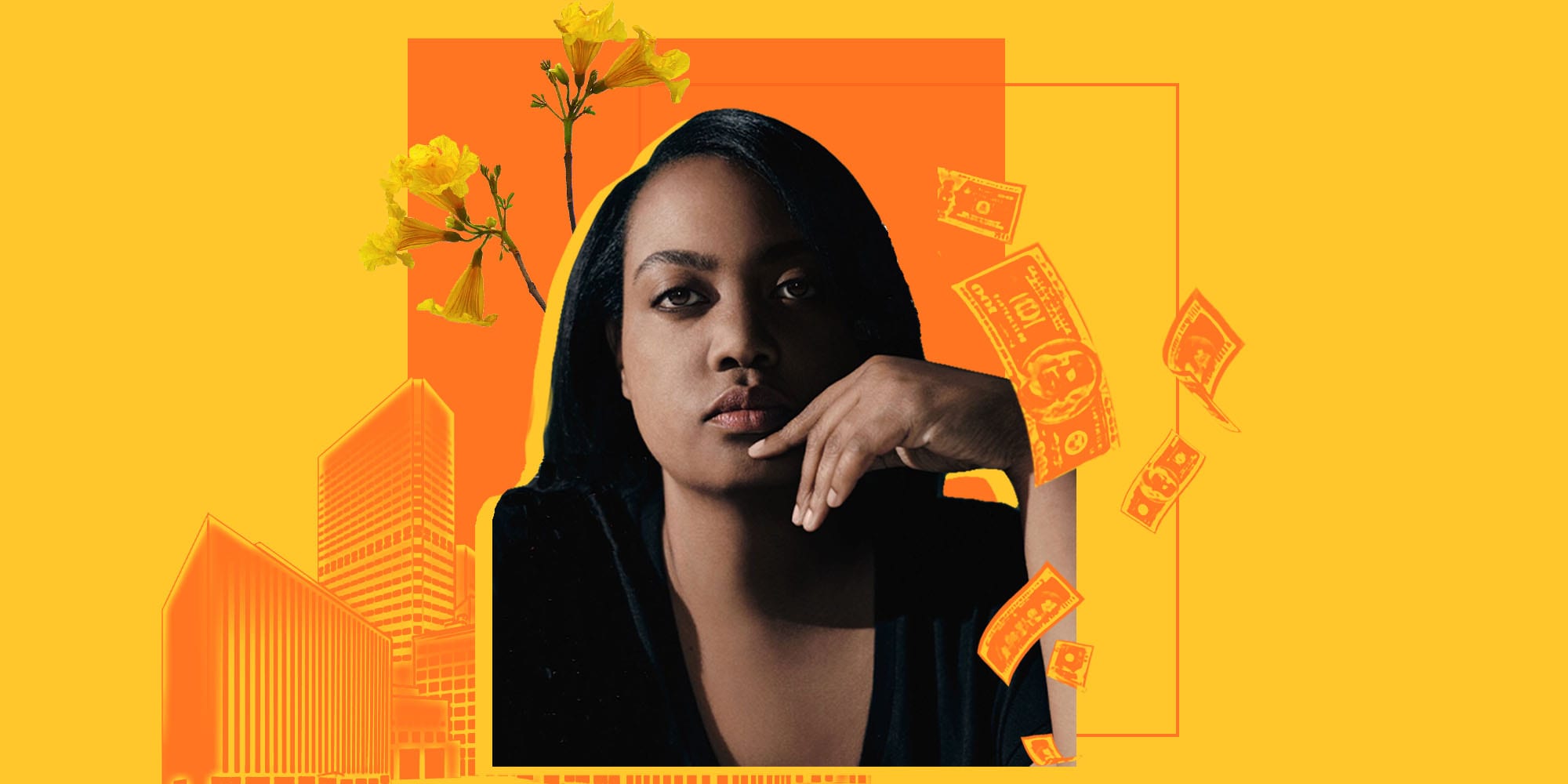 Scrappy and innovative, these companies had what investors were supposed to be looking for, but still struggled to raise capital. So Arlan Hamilton created a new venture capital fund — one that invests specifically in underrepresented entrepreneurs.

Innovation is about creating a better world. It’s about creating impact — and few people know more about that than Arlan Hamilton, the first Black, queer woman to build a venture capital fund in the United States. Her VC firm, Backstage Capital, is dedicated to minimizing funding disparities in tech by investing in high-potential founders who are also people of colour, women and/or LGBTQ.

Michelle McBane: Arlan, you raised your fund while you were homeless. You pitched for three years straight until you got your first “yes.” What really drove you to start Backstage Capital and what was your pitch to investors?

Arlan Hamilton: I was an outsider to the tech world for most of my life, but starting in my early 30s, I started to see the disparities in venture capital in America. Ninety percent of funding was going to white men, who are a third of the U.S. population, but I was surrounded by women, people of colour, LGBTQ people, who were building amazing companies.

These companies had what investors were supposed to be looking for: scrappy, innovative companies that were generating revenue before asking for capital. All the things I’ve read about the 24-year-old white guy at Stanford are really happening over here, with the 40-year-old Black woman from Atlanta. I thought, we don’t have to take capital away from anyone else in order to give it to people who are overlooked. What if someone started a fund that only invested in underrepresented founders? After three years of pitching, I realized the someone was going to be me.

At that point, the pitch was: You’re missing out. You’re at the beginning of what I believe will be a wave. In 2012, 2015, people were kind of blinking at me. It ranged from “I don’t think this is a problem” to “Don’t talk about that.” But over the past few years, people have started to really figure out that Black people have companies that are viable. And this year, it’s on hyperdrive. We’ve been reaching this place of understanding, and the people who saw it soonest were going to benefit from it.

McBane: You hear about these issues a lot more now. Are they broadly understood and accepted, or is it still just a small group that gets it?

Hamilton: It’s somewhere in the middle. You’d have to have been living under a rock the past six or so months not to see it in front of you, but there’s still so many people who are just not going to get it, ever. I’m not concerned about changing their hearts and minds. I do think there’s a huge swath in the middle, though — an awakening of people who had previously thought they understood these things. And now it’s like, brunch has been delayed. Black Lives Matter is not just a thing that people can hashtag.

I’m specifically talking about white women. That’s who got the shock of their lives last summer, going, “Wait a second. I thought I was an ally. I thought I was doing a good job, but apparently I was sitting on a privilege that I was yelling at men about, but I myself have been doing the same thing to other people.” A lot more people get it today.

McBane: So, you took a longer journey to get into venture capital and start a fund. For folks who have the same aspirations, what advice would you give them?

Hamilton: My first instinct is to tell you to run. No one really could have convinced me five years ago not to do this. So, when I say run, I mean do not do this unless it is calling you, unless it’s a song that you cannot get out of your head. If you’re that one person in a hundred who is thinking about starting a company, then you should go forward. But have in mind that this takes decades, not quarters.

The journey and the sentiment are the most exciting parts of it. If you can dedicate your life to it, go for it. But if you’re trying to make a quick buck or get a headline … there’s so much that needs to happen between the headlines. Something else has to be driving you.

McBane: I was going to ask you about impact. I’m so excited to hear that you have enough time behind you now to have meaningful data. Can you share a few of the metrics you’re measuring and the trends you’re seeing?

Hamilton: We’ve been investing in pre-seed companies since late 2015, but most of the $12 million we’ve committed has been in the past year and a half. So, you’re dealing with a smaller amount of capital, but it’s a great case study to show what can be done with a small amount. We’ve invested in 150 companies and growing, and we typically invest between $25,000 and $500,000. From our first 100 companies that we’re measuring, there’s about half a billion dollars of follow-on capital and about 1,000 jobs created. It’s showing that we’re not the only ones who now think these companies are viable. We may meet them first, or understand them first, or believe in them first, but they go on to bring in much more. We’re all over the United States, we’re in parts of Europe, and we’ll be branching into Canada and other places.

McBane: Do you think a larger existing fund franchise can back into what you’re doing, or do you think there have to be more Backstages?

Hamilton: I want both to exist. But if there were one choice, it would be the $300 million and smaller funds that have a layer of what Backstage is embedded in their DNA.

To me, that is an easier lift than starting from scratch over and over again, because you have the resources. And you already have the people who are on the ground, who have a finger on the pulse, like Backstage and others. The Project Diane report just came out, which lists so many others.

It’s not like I’m expecting these companies and funds to know how to do it themselves overnight, but there are people they can talk to. Funds come to Backstage all the time. In the past month, I’ve had conversations about that with multibillion-dollar institutions and $60-million funds. Talk to the Aggressive Fund team, Collab Capital, Harlem Capital. I could rattle off names that these larger funds could be talking to all day long. If you want it to happen, you make it happen. You don’t make excuses.

McBane: How do you coach new fund managers to broach the conversation with their limited partners, and what are some of the other approaches?

Hamilton: It’s not going to be the same across the board, but in my experience, when you talk to your LPs, especially if they’re your founding LPs at the beginning stages, and let them know, Hey, I’m not independently wealthy. It is standard to do XYZ, but in our case, can we have an exchange? Can we can we lower my carry slightly and not have that commitment, or can we make the commitment smaller?

The thing is, you should not be optimizing ways not to pay the general partner commitment; you should be optimizing ways to get into your own fund. I couldn’t get into my first couple of smaller funds because of my income. The day that I could become an LP in my own fund at a significant amount, in 2019, I was so happy and excited.

McBane: Who’s your favourite founder and why?

Hamilton: That’s not an easy answer, and we’re over our time, so I get out of that question. There’s no way to answer. I would get 100 text messages with weird emojis if I did that.

This transcript has been edited for length and clarity.

Canadian companies that are improving life in the city

Rethinking the future of plastic