How tech companies navigated the pandemic — and came out on top

The economic fallout has been swift. But tech ventures, such as EventMobi, Fable and Tulip have been able to seize opportunities and adapt quickly. 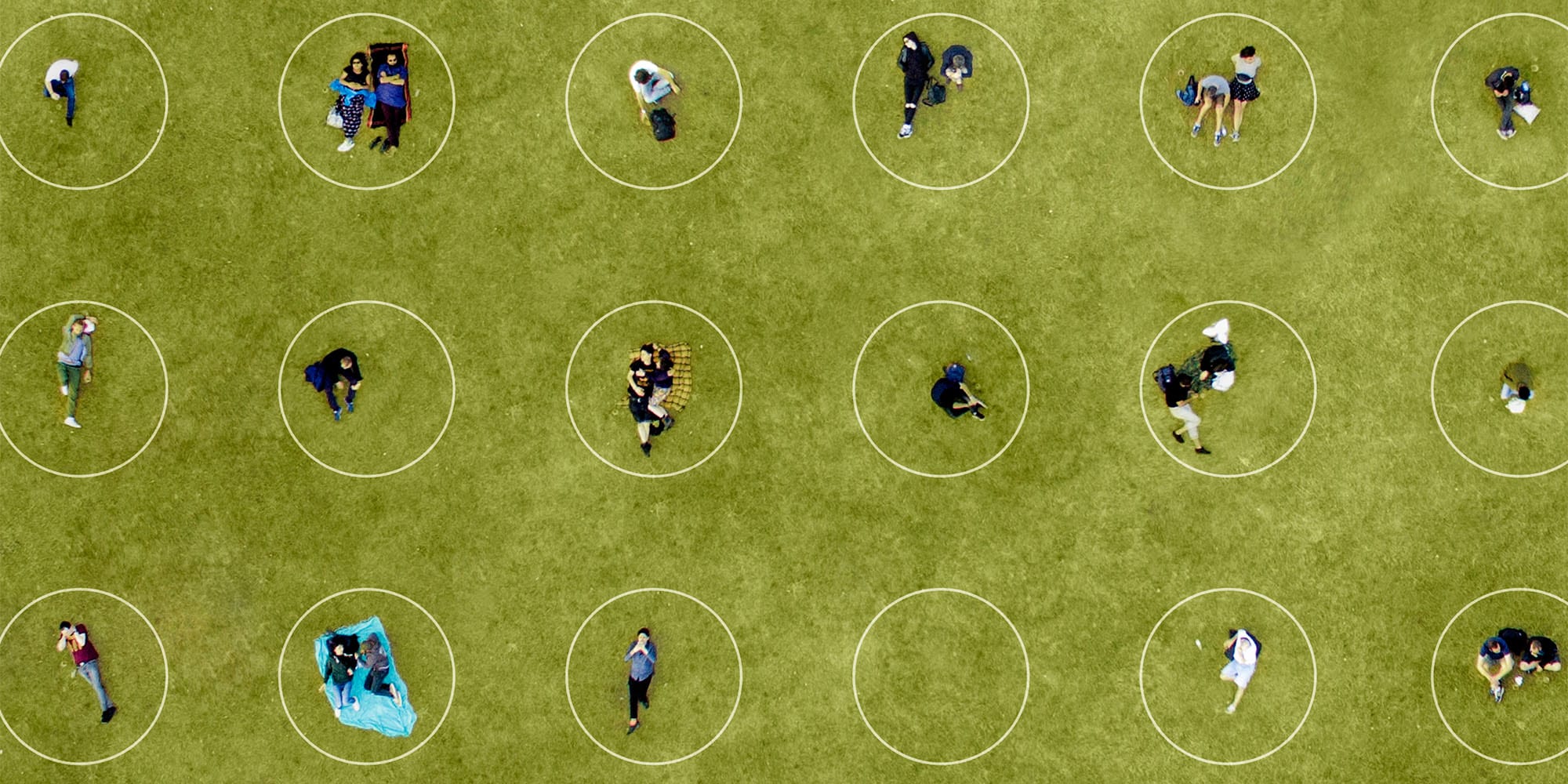 The COVID-19 pandemic should have destroyed EventMobi.

After all, in-person corporate gatherings — what the software company’s conference-management app was built to service — were some of the hot spots of infection that preceded a North America-wide shut-down mid-March.

On the heels of their most successful quarter in years, EventMobi’s business immediately dried up. “We went through grief, acceptance — and then very quickly I had to figure out a new purpose for the company,” says Bob Vaez, CEO of the Toronto-based global business. It meant some deep cuts — 30 percent of the workforce was temporarily laid off. There were salary cutbacks — Vaez’s was reduced to a third. Staff had to aggressively manage costs and customer relations.

But then they looked at the video conferencing already in use, studied live-streaming technology and thought “We can build this.”

By the first week of April, the company had a roadmap to transform their bootstrapped business and offer a new suite of products to support virtual professional gatherings. This summer, they were able to re-hire furloughed staff and have even expanded their team. Now they’re profitable again.

To put it mildly, the pandemic suckerpunched Canada’s economy. The national unemployment rate was 12.3 percent in June, more than double what it was a year ago. The tech sector has experienced a slew of job cuts too, but — despite many warnings of a deep and swift recession — has performed better than expected. While job boards are typically quiet in the summer, this August saw many new openings for Canadian startups. Funding rounds throughout the pandemic have also increased, with average deal size of about $8.9 million, up from $6.9 million this time last year.

“I thought things would be worse,” says Charles Plant, founder of the Narwhal Project, an organization that analyzes Canada’s tech industry and helps companies accelerate their growth. He had expected the AirBnBs of the world to be dramatically affected — and they were (Eventbrite, for example, was down 90 percent of its revenue from last year). “What I was surprised by was there weren’t more that were affected in a larger way,” he says.

In fact, some tech businesses were able to seize the opportunities that sprouted from this new reality. Canada’s tech sector mostly serves corporations with longer-lead contracts, Plant says, so there may be a delayed blow. And government assistance? It’s definitely helped. But this cushioning hasn’t spared everyone, so it’s worth looking closer at how, exactly, tech companies have navigated the pandemic — and in some cases, come out on top. 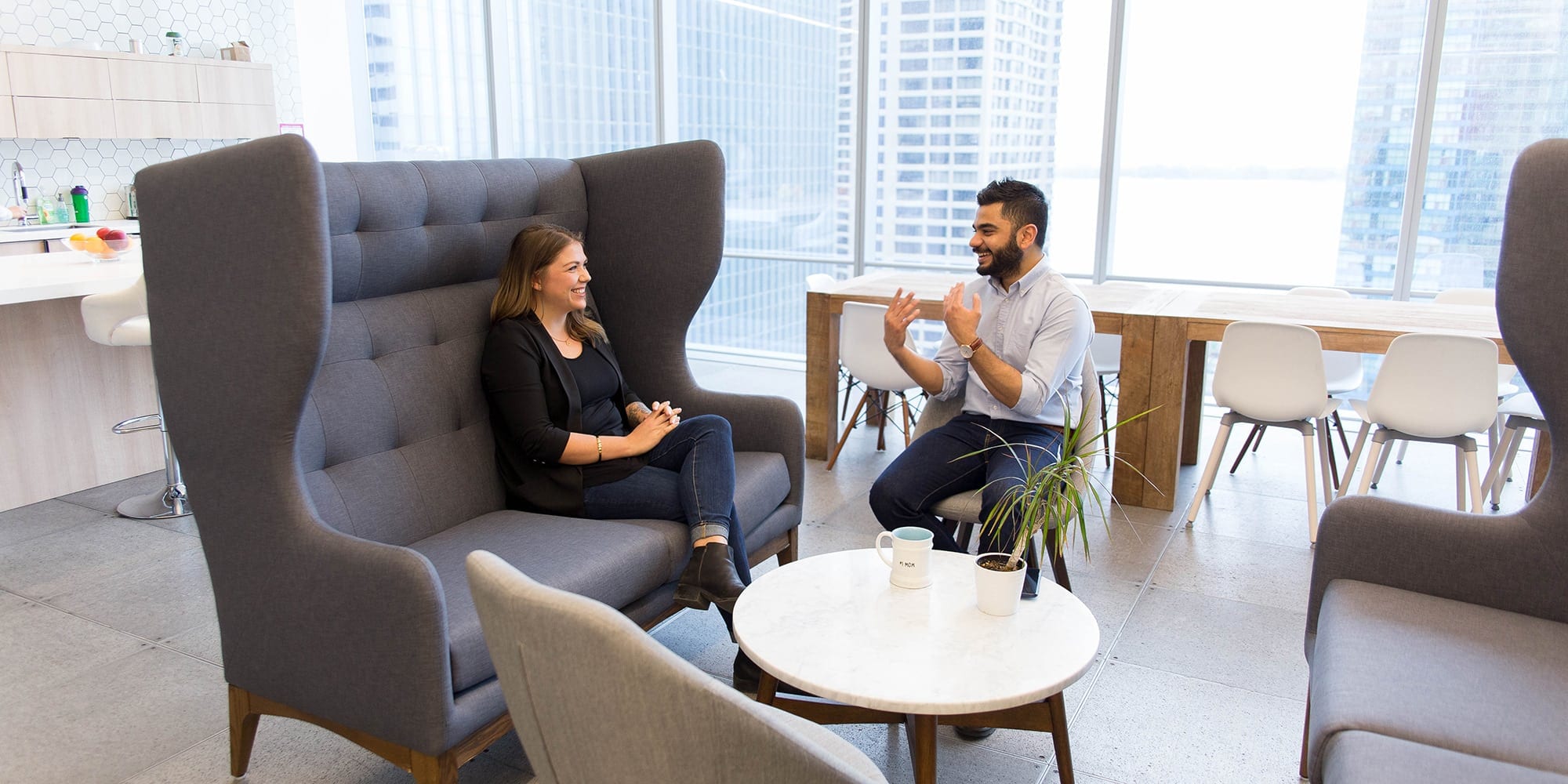 They talked frankly with their customers

When brick and mortar retailers locked their doors to comply with federal orders, “everything stopped” for Tulip, a software company that builds tech to power large retailers, including luxury shops like Michael Kors. Many of these retailers didn’t have much of an e-commerce presence, so when stores shut down, so did their revenue streams, says Ali Asaria, Tulip’s founder and CEO. Their very survival was in question and so, by extension, was Tulip’s.

Then, Tulip’s head of sales, David Johnson, suggested calling these retailers up and asking how the company could help. “It seems non-controversial, but it was very scary for us to do those calls,” Asaria says. “We were worried they would ask for a discount or if they could cancel services.” But they pushed through that fear. “We’ve always had a culture of ‘Do the right thing, even if it’s scary,’” Asaria says. They handled everything case by case. “And it ended up being the right thing to do,” he says, because they want their customers to remember Tulip being a real partner when times were tough.

With a similar long-term approach in mind, EventMobi also met its customers where they were at, even if it felt like a hit to the business in the short term. Its customers quite literally could not run the events they’d purchased the software to facilitate. So while the company had signed contracts, EventMobi allowed for a few refunds and extended credits to anyone who couldn’t pay. As Vaez says, “The contract is the contract, but the other side is ‘Do you want those customers later or not? Would you rather piss them off and have a bad reputation? Or do you want to try to help people?’”

That flexibility extended to tweaking contracts so that clients pay when their postponed conference actually happens. They weren’t the only ones being accommodating — EventMobi was lucky enough to have some understanding vendors who allowed the company to pause contracts or get a month of free services. Government subsidies also helped, Vaez says. “It allowed us to go ‘OK, we’ve got time, now let’s get smart about it.’”

The best thing Toronto-based startup Fable Tech Labs did early on was to retool their business models so that it could respond faster to customers’ needs, says COO Abid Virani. While Fable, which creates technology to help businesses be more accessible online, had set pricing and service models, it moved to being more à la carte, responding to whatever problem the company needed to solve. “When your customer is going through intense change, the last thing they want is a partner who is not malleable to that change,” says Virani.

In an effort to be nimbler, Tulip’s strategic planning became much shorter-term, says Asaria. “We decided we were going to rebuild a plan every 30 days,” he says. It helped his staff work faster and in a more focused fashion, as well as helping them be more responsive.

They seized the opportunities they did have — and found new ones

Fable was in pursuit of new investment just as COVID hit — Virani and Fable CEO Alwar Pillai were at a sparsely attended industry conference trying to meet with investors. “The strategy had to change immediately,” Virani says. They went home and decided to dig into the relationships they already had. “It’s hard to forge new relationships and ask for money remotely,” he says. “But on the flipside of that, it was very obvious from the get-go that the need for accessibility was going to be stronger.”

All of a sudden, everyone was working from home — an accommodation people with disabilities had been asking for for years, he says. And when large companies like Shopify announced a permanent shift to remote work, they saw a path for their business — they could be a part of future-proofing the new, online-focused economy. It ended up leading to a deeper relationship with Disruption Ventures, which led Fable Tech Labs’ $2-million CAD seed round this summer. Fable also added Walmart to their roster of clients — a massive win and a heartening sign that such a giant of retail sees the value of improving the accessibility of its e-commerce.

Tulip, in their revamp, acquired a new company this summer — Boston-based retail SaaS company Blueday. This was possible, Asaria says, because of his company’s new mission to become a one-stop shop for retailers looking to reopen in a post-pandemic economy. Asaria had called his competitors to see how they could work together to ensure one another’s survival. Blueday had technology Tulip had always wanted to build — and it made financial sense for them to partner up. “For a bunch of smaller companies to come together and build something bigger — that’s once in a lifetime,” he says. “We took this as an opportunity to accelerate the roadmap.” 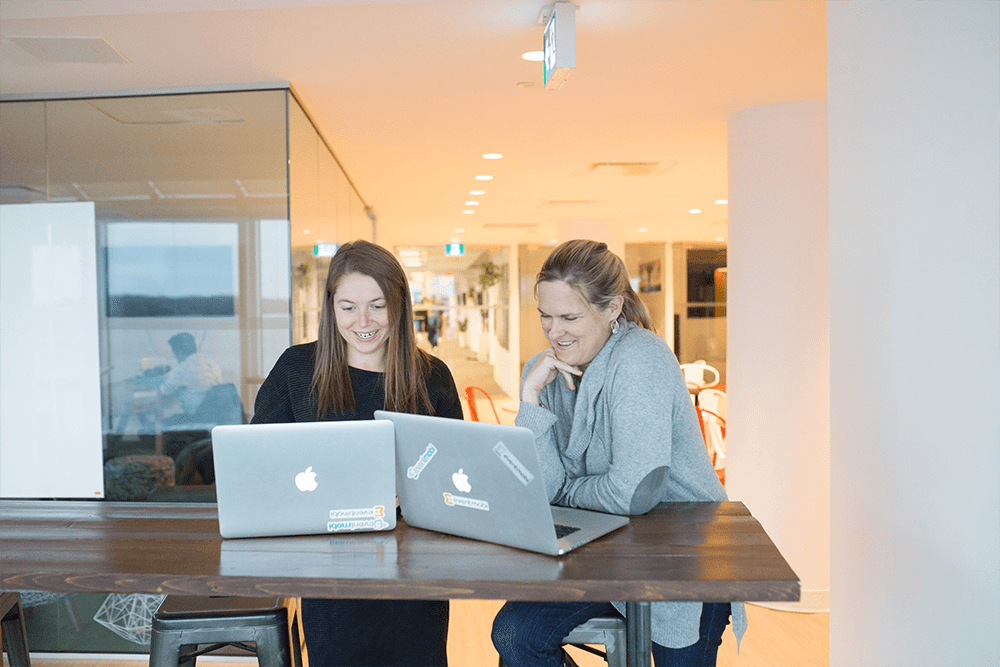 Both EventMobi and Tulip found value in over-communicating with their customers, investors, boards and employees. Asaria noticed a difference in the way Tulip management and leadership talked to staff in the early days of the pandemic — there was a lot more compassion and empathy, even when they were making cuts. “All of a sudden, we were getting better reviews on our leadership when we were making the toughest, most painful decisions,” he says.

They also told staff early on that they were going to have to make cuts, well before they made them and were very frank with board members. While the tendency for most entrepreneurs is to be as optimistic as possible, Asaria decided to be completely open about the challenges they were facing.

Vaez at EventMobi let all of his laid-off staff keep their laptops and equipment to help them keep hope that this was indeed temporary. Turns out, it was. “I did not get a single complaint from staff we laid off,” he says. “I made sure the conversations we were having with staff were always about them, about how they were doing.”

Vaez even went so far as to open the books for the whole company to see, in an effort to be clear with everyone that while the business was rebuilding, they weren’t able to bring everyone’s salaries up to prior levels or make any other major financial moves. “It was to show them where we’re at, and say ‘We’re not trying to save money so Bob can retire earlier — we’re all in it together.’ Without that [transparency], it would’ve been a lot more difficult.”

They found purpose in the pivot

These companies all had one thing in common: They found their silver lining — a new, unifying purpose. Asaria found it liberating to be able to tear up old plans and projects and start again, with a new company mission. “We went to our customers and said, ‘Tell us how your new world is, what can we build for it?’” That became the new focus — and a real chance for a small, nimble company to grow and respond the way the Microsofts of the world could never. Within months, they created three new products: A video chat for retail staff to use with their customers, an app that lets retailers upload their entire inventory catalogue online and a digital tool to facilitate curbside pickups. “We literally took a customer that had zero revenue and said ‘You can have revenue again, only because of this product,’” Asaria says.

Virani at Fable says their mission-driven work has only intensified as they saw more companies shift from wanting to comply with the laws around accessibility to seeing the opportunity and untapped potential of reaching consumers and talent who have disabilities. They’re working on how to build these shorter-term, problem-solving arrangements with new clients into longer term relationships. Fable has even been able to hire new staff thanks to the increase in demand.

EventMobi is also adjusting to the surge in demand for its new products and services. And their mass experimentation led to some serious multitasking — team meetings were filmed and broadcast as test runs for their branded home for video communication and engagement. Staff returned one by one after customers eagerly bought their new products.

“The company is now back on a higher growth rate than it’s ever been,” Vaez says. He is proud of the risks he took at an unprecedented time, and proud they paid off. And if there’s a delayed impact and that dreaded second wave? Well, they’ll have learned a lot — particularly that they’re stronger and nimbler than they thought.

COVID-19’s disruption of the job market is having an outsized impact on society’s most vulnerable.

How do you COVID-proof the TTC?

Virtual care: How can we build on the massive gains made during the pandemic?